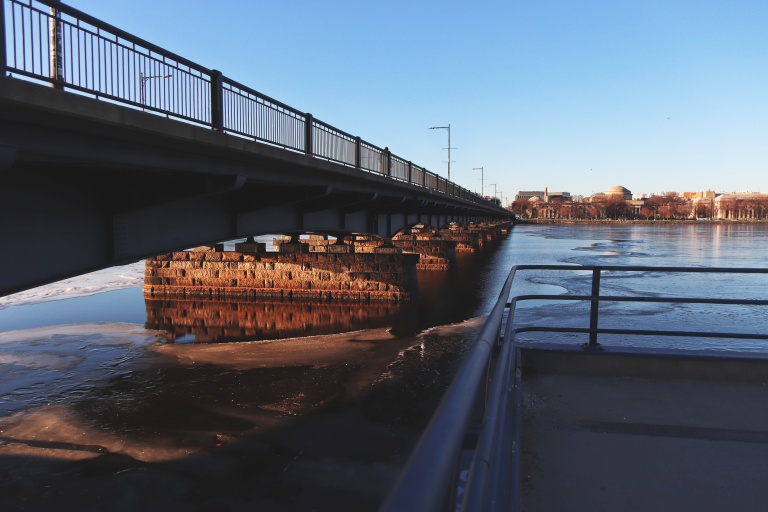 Now that I’m in the swing of my second semester, my time has been less and less mine.  And I’ve had less and less time to shoot the things I want to.  I have a few ideas of shoots that I want to do in the next week, but I highly doubt that I’ll be able to get it done in time.  It also doesn’t help that Boston weather has been a bit unrelenting and just plain cold.  Wardrobe choices is really limited when your go-to outfit is a winter parka.

But I went out to shoot the other day.  Sometime in the late afternoon I walked over to the partially frozen Charles River and took a look at the landscape.  After exploring the bridge I was on for a few minutes, I ultimately decided that the best composition would be under it.