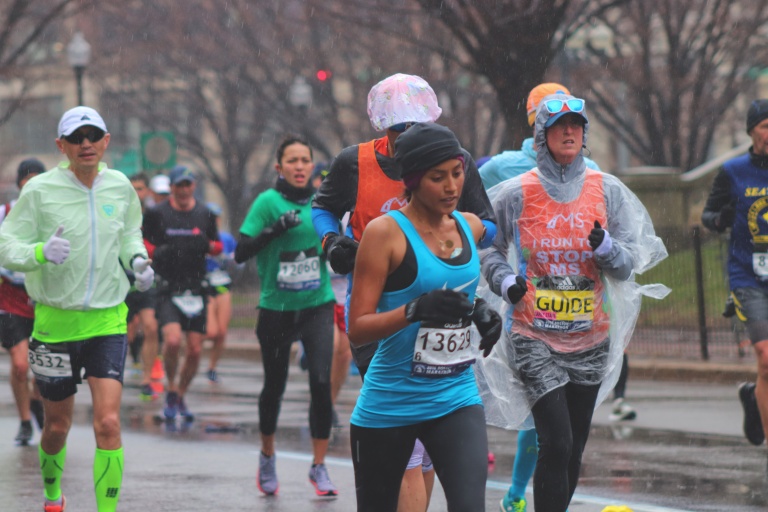 I had no idea this was a holiday.

It is celebrated by several New England states to honor the Battles of Lexington and Concord and is held on the third Monday in April (as per Wikipedia).  It is also the day where the Boston Marathon is held.  This year, a staggering 26,000 people ran the 26 miles (~42 km) to finish in Copley Square alongside the Boston Public Library, both areas I am very familiar with.  I have the luck to have the marathon run directly in front of my apartment building, so I didn’t have to go very far to see it.  I also live on the 25th-26th mile of the race.  All I see is what is left after a grueling few hours of running.

Did I mention it was windy, cold, and raining?

Besides having a day off from school, I had the sudden realization that several thousand people ran 26 miles just outside of my apartment.  If they can do that, at the very least, I can scratch some things off of my to-do list.  It’s not about motivation, because I guarantee that I won’t be motivated the morning after I post this.  It’s about being disciplined enough to get things done when you absolutely don’t feel like it.  95.5% of those that started the marathon finished it.  If that’s not commitment, I don’t know what is.

Motivation gets you started.  Discipline finishes it.