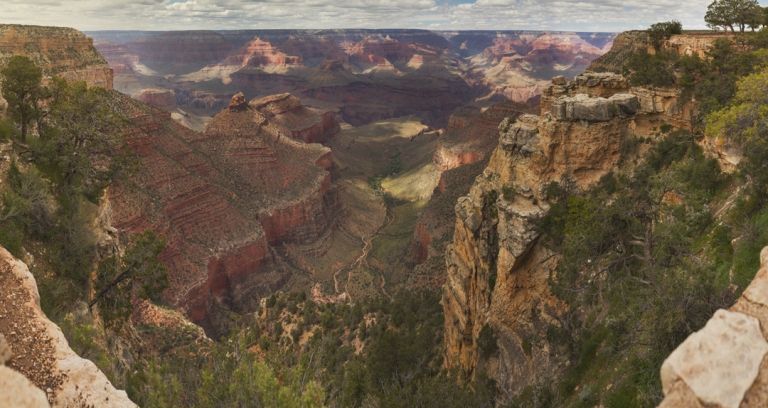 I have a fairly new laptop. It’s less than a year old, and can handle most of the daily tasks I put it through, including photo edits in Photoshop. But over the past few days, I’ve been testing it’s limits with one picture in particular.

During my recent vacation to Las Vegas and the Grand Canyon, I knew I wanted to take a wide landscape shot of the canyon. The widest lens I own is the 50mm, which is a bit less than ideal. So I chose to take a panorama. The resulting image was a 180 megapixel monstrosity of 10 separate RAW pictures. For reference, the iPhone X takes 12 mp pictures with it’s rear facing camera. It was so massive Photoshop decided that it didn’t want to work on it and crashed. Twice.

I’ve scaled it down so it wouldn’t crash my blog. If you want to see some more fine detail, feel free to scroll through my Instagram post about it.

If you’ve never been to the Grand Canyon, I highly recommend going at least once in your lifetime. Looking at it the first time, it appears so incomprehensibly large that it seems almost fake. You lose all sense of depth after a few miles and the landscape just appears like someone painted it in the distance. But after a while of walking around, you really appreciate the age and depth of everything you’re looking it. There’s a reason why it used to be one of the Wonders of the World.

Unfortunately I didn’t get a chance to go to Antelope Canyon or Horseshoe Bend. Both are on my ever-growing photography bucket list. Until next time I guess.

One Reply to “What a View”