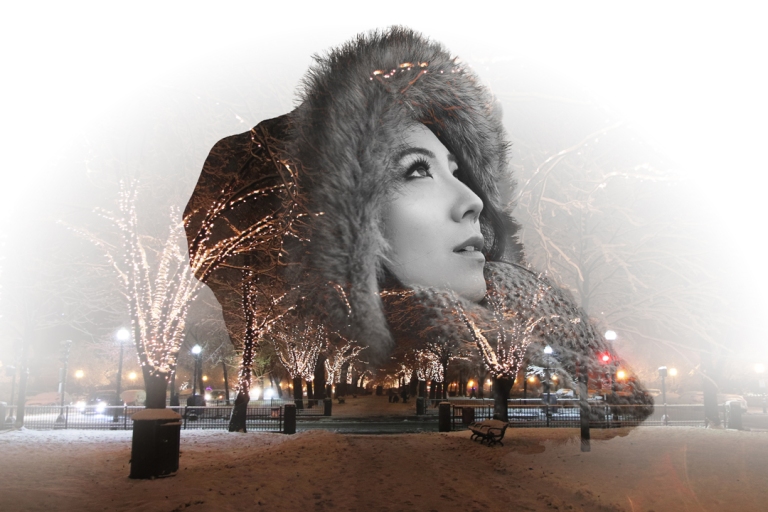 In my last post, I was experimenting with double exposure photography. Traditionally, it’s done with film cameras, where you would take two separate pictures on the same piece of film. One would be burned into the other, and then you’d get an artistic composite. Today, some higher-end digital cameras can do the same function in the camera body itself. Doing it in real time is hard, mostly because you’d have to be able to visualize the final product when you’re taking the two pictures. The final photo is also formed in-camera, so it’s difficult to edit later.

You can also do the same idea with Photoshop. It’s a bit more complicated, but in the realm of digital art, it’s not that hard to do at all, especially at a basic level which is what I taught myself.

I really liked the final product, especially with the different brown tones fading into skin tones in the lower portion of the picture. But it felt very flat, and I wanted to try it again.

Both of these pictures were taken over a year ago, but I knew I wanted to make a winter composite. And it came out so well! It’s been a long while since I was this happy about a project, it kind of makes me want to re-do some of my old work.