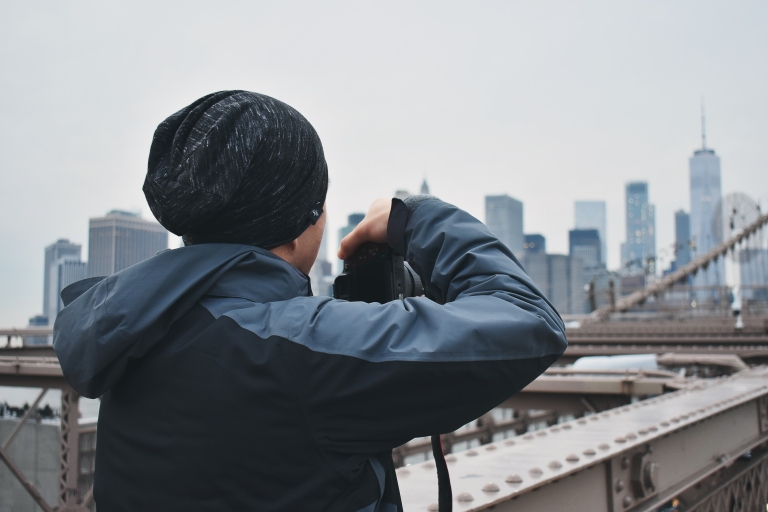 For the last portion of my holiday break, I made it a point to go back into the city to hang out with friends from my old school. I also try and get at least one city photoshoot before I leave, so the last day before I headed back into Boston, I grabbed my camera and took a train into Brooklyn.

First, I was meeting with my friend Nancy, who also picked up photography some time after I did. She isn’t as obsessed as I am, but it’s still nice to run around with someone who also has a DSLR. We adventured to DUMBO and the Brooklyn Bridge to take some shots. The hard part was shooting around the mass of tourists also taking photos on a Friday afternoon. Technically, I was also a tourist. Fun fact: DUMBO stands for “Down Under the Manhattan Bridge Overpass”

All in all, it was a fun shoot. The setting sun on a cloudy day made for a white balance nightmare. Some photos came out exceptionally blue, so I tried my best to fix them up. But in the end, I took my time to edit each photo, just to make sure I made each one unique. They don’t really look great as a set, but I really do like them individually. Unfortunately, I was in a hurry to finish the shoot, partly because I had dinner plans and partly because my fingers were going numb.